The Marine Ecosystem and Climate Research Center (DEKOSIM) was established by the Institute of Marine Sciences of the Middle East Technical University, with the infrastructure support provided in 2012, by the State Planning Organization (DPT) which  now serves as the Turkish Ministry of Development. The center will provide information and technical infrastructure support to all Turkish marine related institutions and organizations and has been designed at a level to compete scientifically with European countries in the fields of marine ecosystem and climate research. Within the scope of DEKOSIM, observation systems that can undertake long-term, continuous measurements in Turkish seas are being established. Such systems include time series, passive measuring devices drifting with currents (ARGO floats) and float systems.

Argo floats are devices that passively drift with the seawater currents at desired depths periodically recording the physical profile of the water column. In 2013-14, within the scope of DEKOSIM, four Argo floats were released in the Black Sea and two in the Mediterranean. The data obtained by these devices via satellite is fully accessible to all.

Buoy systems
Again within the scope of DEKOSIM, an observation system based on a network of fixed point oceanographic buoys equipped with short time interval oceanographic and meteorological devices has been designed.

The first of the buoys was installed in October 2015 at a depth of approximately 100 meters at five nautical offshore from the METU- Institute of Marine Sciences.

The observational network will be set up gradually with plans to deploy the second oceanographic buoy in the Black Sea off Sinop. 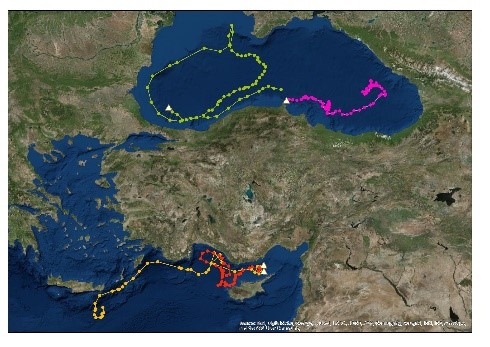 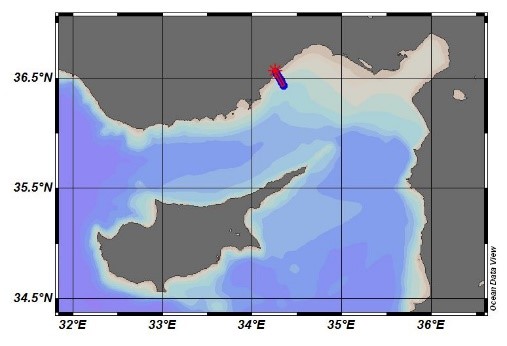 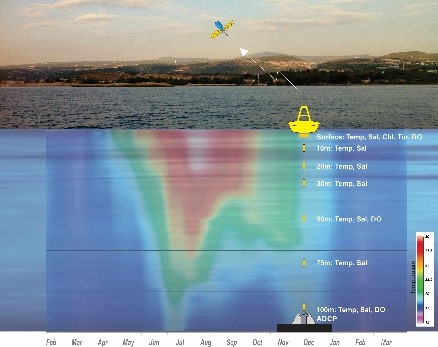 Long-term monitoring and investigation of the impact of climate change on marine ecosystems.

The Eastern Mediterranean is the region of the world where climate change effects are first expected to be noticed. To monitor and understand the consequence and long-term effects on changes in the physical environment and the marine ecosystem.

Zooplankton is identified with the group-level Zooscan device enabling the calculation of group biomasses. As long as the ship is stationary and stops at stations, continuous flow measurements are made with the ADCP at the bottom of the ship and continuous fluorescence measurements are carried out in the seawater pumped from the surface. 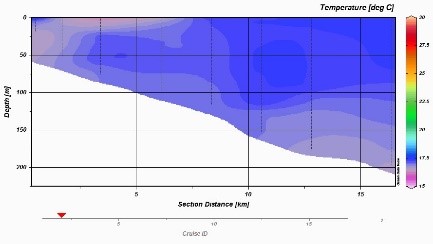